Misgendering, deadnaming, and pronouns: how to be a trans ally at work
15/07/2021
Main image 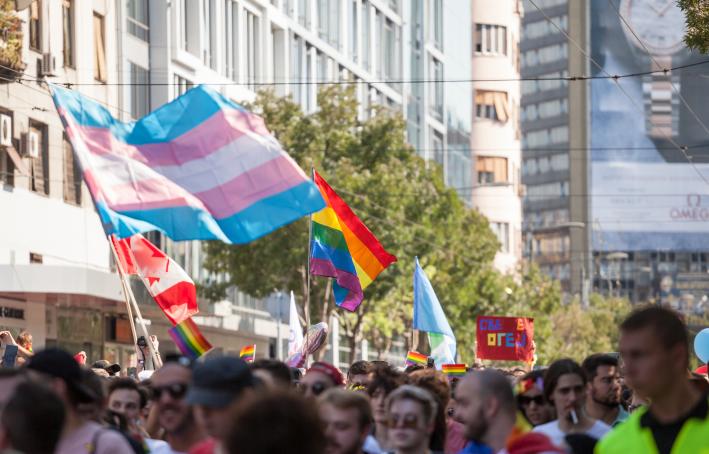 Pets are not just for Christmas and being an LGBTQ+ ally is not only for Pride month. The rainbow banner, flags, face paint, t-shirts, shoelaces, and company logos may have been packed away for another year, but there is still much to do. Educating yourself about forms of address for trans people, for example.

Your average trans person has struggled with their gender identity for some years before being able (or compelled) to bring their whole selves to work. And they need a little help from work colleagues.

This is referring to a trans person by the gender they have rejected. Depending on the trans person the effect created can be to irritate (my reaction) all the way up to triggering and exacerbating health problems. So, try hard not to do it. But, especially early in a trans person’s journey, work colleagues will make mistakes – that’s natural. Just apologise, move on and try harder next time.

There is a world of difference between an obvious mistake and deliberate misgendering which is likely to be discriminatory harassment. For some trans people (including me) the telephone poses particular challenges. I still sound quite male, 10 years after transition. Be aware that some folk do not sound as you would expect. Use other cues such as documents and don’t express surprise or incredulity when corrected as to someone’s gender.

This is using a person’s rejected or “dead” name. Misgendering can sometimes be excused, but it is harder to do so with deadnaming, especially when it is on documents or internal work systems. It is, for that reason, all the more hurtful to a trans person.

We have, sort of, been there with misgendering, but this is a suggestion to all you would-be allies: do something with your own pronouns on e-mail signatures, Zoom call names, and the like to normalise that practice and, so, help trans people not be “othered”.  I know some people find putting their own pronouns out there bothersome or think it smacks of virtue-signalling. Maybe, but it helps. It should be encouraged, not forced.

Sometimes all the above is characterised as “forced” or “compelled” speech, particularly by the tiny but vocal “gender critical” community for whom trans people are a nuisance or inconvenience.  Well, living in a pluralistic and diverse society often involves some compromise and work to rub along. I decided religion was not for me many years ago, but I know how important and helpful it is for many folk, and I would never denigrate that. I have good friends in religious communities and have no difficulty honouring them with the special forms of address that flow from that, be it “Reverend”, “Rabbi”, or “Imam”, and so it should be with trans people, even if you do not accept what we say about ourselves.

And, finally, this is a journey. In the past year, I have worked with two amazing non-binary clients who have helped me understand how they feel about themselves and become accustomed to using an Mx honorific and “they/them” pronouns for a singular person – for which I would have been castigated by my old English master in the 1970s. Sleep peacefully, Mr Parker!

But society changes and we need to learn, understand, and work with those changes so that we can live together in peace and harmony. 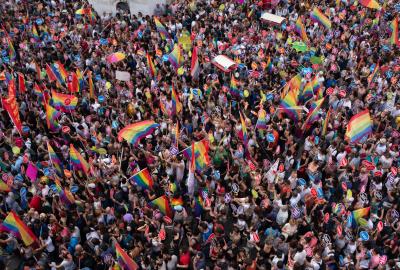 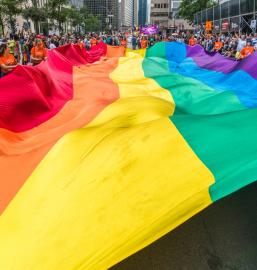 Bostock and the evolution of LGBTQ+ rights