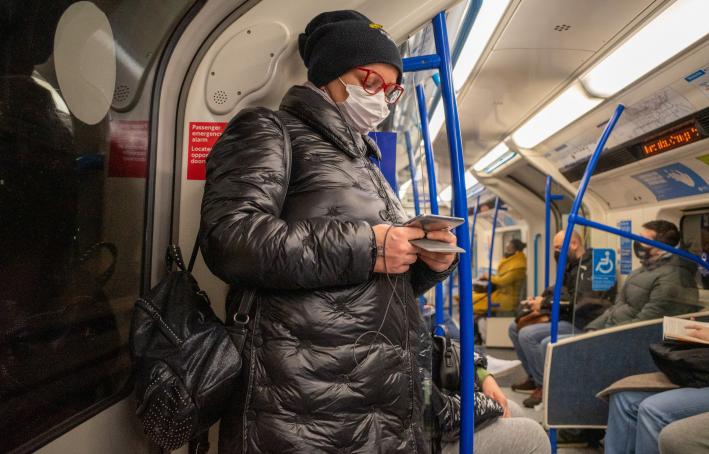 The UK government should introduce a new right to flexible working for all workers, regardless of their role, to avoid a new class divide between those who can and cannot work from home, according to a trade union body.

Polling published last month revealed that although four out of five (82%) workers want to take up some form of flexible working in the future, only half (54%) have the right in their current job to request a change to their regular working hours to fit around other commitments.

The TUC’s research showed that people in higher-paid occupations are much more likely to have worked from home during the pandemic (60%) than those in working-class jobs (23%).

Responding to Monday’s announcement by the prime minister that work from home guidance will be withdrawn from 19 July, TUC General Secretary Frances O’Grady called on employers to consult their staff and unions about continuing flexibility in working patterns and location.

“As the work from home guidance ends, employers must acknowledge that one size does not fit all,” she said. “Flexible working isn’t just about working at home. It can mean having predictable or fixed hours, working as a job-share, or working flexitime, term-time-only hours, or compressed hours.

Last month, Downing Street denied a Daily Mail report that it was preparing “to give workers the right to work from home forever and make it illegal to force them back to the office”.

The government revealed it is considering a new law to make home working the “default” option by giving more employees the right to request it, but there would be no legal right to work from home.

Workers currently have the right to request flexible working upon completing 26 weeks of employment with the same employer, but ministers are considering lowering that threshold.

A separate TUC poll published last month revealed that many employers have still not taken the necessary action to ensure that workplaces are covid-secure.

Issues raised by workers include failures to improve airflow, to consult on health and safety risk assessments, to introduce and enforce social distancing, and a lack of personal protective equipment in the workplace.

To date, no employer has been prosecuted or fined for covid health and safety breaches during the pandemic, according to the TUC, which also claims the number of covid-related workplace deaths has been “massively” under-reported.

On the issue of safety at work, O’Grady said ministers should consult with unions and employers on clear and consistent guidance for workplace safety to avoid widespread confusion.

“In particular, ministers must consult unions and employers before making any changes to the guidance on face coverings in sectors where they currently must be worn, such as retail,” she said. “The government has to take the lead – not wash its hands of its responsibility to keep workers and the public safe.”

The TUC also renewed its call on the government to take action on statutory sick pay after research published last year found that 43% of employees could not afford to isolate after contracting covid.

“It beggars belief that the government is still refusing to provide decent sick pay,” said O’Grady. “Ministers have the power to make self-isolation effective overnight – and cut transmission immediately. All they need to do is raise statutory sick pay to the level of the real living wage, and make sure everyone can get it.”

UK statutory sick pay amounts to £96 a week. Those who earn less than £120 a week do not qualify, however. Raising sick pay to the living wage to all workers would mean those infected would be able to isolate on £320 per week, according to the trade union body.

“As infections surge, this remains a gaping hole in our defences against the pandemic,” added O’Grady.

Speaking in the House of Commons, Labour’s shadow health secretary, Jonathan Ashworth, today also urged the government to “fix sick pay”, telling the new secretary of state for health and social care: “If we are going to live with this virus, the days of people soldiering on when unwell are over. Sick pay is vital to infection control.” 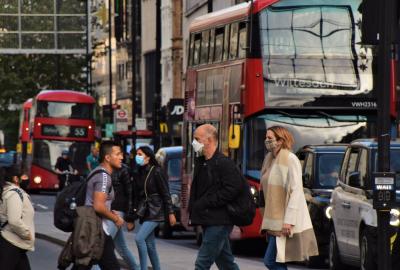 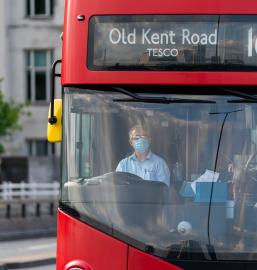 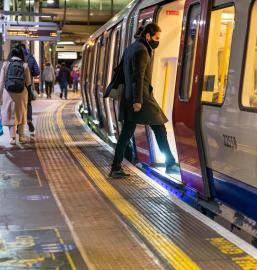 One in ten workers “needlessly” forced back into workplaces, survey finds 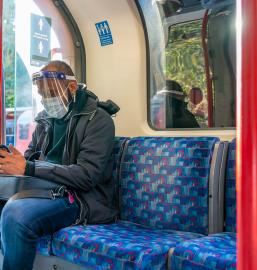