No jab, no job: the workplace’s role in moving towards “covid-normal” in Australia
07/10/2021
Main image 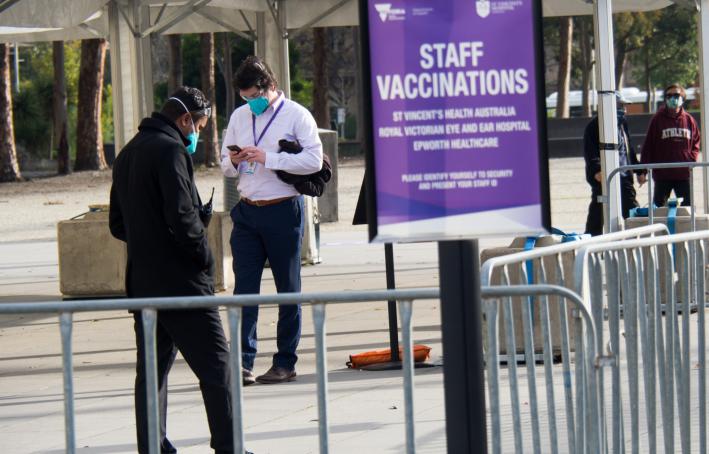 Since March 2020, Australia has endured long and rolling lockdowns. Just this week, Melbourne achieved an infamous world record for the most time spent in covid-19 lockdown – a total of 248 days (and counting) in six separate lockdowns.

These lockdowns are a result of Australia’s previous push for “covid-zero” and a recent increase in covid-19 case numbers in certain states. Melbourne, for example, has just recorded its highest number of covid-19 cases since the commencement of the pandemic.

We know that vaccination is the clearest pathway out of these lockdowns. Initially, community debate was centered on whether the carrot or the stick, would be the biggest motivator for Australians to get vaccinated. But now, as Australia watches the world reopen and move towards covid-normal, governments and employers alike are increasingly moving towards the stick.

It’s unrealistic to expect that public health orders will extend to all workers. As such, employers are grappling with imposing vaccination mandates on their employees, with many high-profile Australian employers taking this approach. However, where an employer mandates vaccinations, rather than the government through public health order, the employer carries the legal risk. The employer needs to be confident that its mandatory vaccination policy is lawful and reasonable, having regard to its own specific circumstances and the circumstances of the particular employee, or cohorts of employees, it seeks to enforce the policy against.

An Australian court or tribunal is yet to determine a challenge to mandatory covid-19 vaccinations imposed by public health order or by an employer. That said, recently, in Kimber v Sapphire Aged Care, the majority of the full bench of the Fair Work Commission, Australia’s workplace relations tribunal, upheld the dismissal of a worker who refused to be vaccinated against influenza as required by public health order.

In 2020, in light of the covid-19 pandemic, the New South Wales government issued public health orders requiring all workers in aged care to be vaccinated against influenza unless they had a medical contraindication or a ministerial exemption was granted.

Although the appellant, Ms Kimber had previously been vaccinated against influenza in 2015 and 2016, she refused to be vaccinated in the subsequent years, alleging that she suffered a serious rash on her body and issues with her organs as a result of the 2016 vaccination.

Although the employer previously accepted this reason under the terms of its own vaccination policy from 2017 to 2019, it was compelled to comply with the 2020 public health order.

To support her refusal to be vaccinated under the order, Ms Kimber provided her employer with a letter from a “Practitioner Chinese Medicine”, which said that she was taking immune-boosting supplements, as she preferred not to be vaccinated. Later, after this reason was rejected by the employer, Ms Kimber provided two certificates from a general practitioner, which said that Ms Kimber had a medical contraindication to the influenza vaccination – being severe facial and neck swelling among other things.

This was not accepted by the employer, as it was not a recognised contraindication, and Ms Kimber’s employment was ultimately terminated on the basis that, without being vaccinated against influenza, she could not perform the inherent requirements of her role. Ms Kimber then applied for an unfair dismissal remedy under the Fair Work Act 2009.

The claim was rejected by the Fair Work Commission member at first instance, who found that the employer “acted in an objectively prudent and reasonable way in not permitting the applicant to work…absent an up-to-date flu shot”.

Ms Kimber appealed the decision to the full bench of the Fair Work Commission. Permission to appeal was refused by the majority of the full bench, determining that the appeal was not in the public interest.

Importantly, prior to the hearing of the appeal, further public health orders were released requiring residential aged care workers to be vaccinated against covid-19. As Ms Kimber sought reinstatement to her position as the primary remedy for her claim, the full bench considered it necessary to ask her whether she intended to be vaccinated against covid-19 before returning to work.

After Ms Kimber indicated a general unwillingness to be vaccinated, the majority of the full bench said: “The fact that Ms Kimber is unprepared, in the context of the current covid-19 pandemic and the requirement for her to be vaccinated in order to work in residential aged care, to indicate a willingness to take a vaccine that is different to the influenza vaccine supports the inference that she holds a general anti-vaccination position…”

The majority went on to say: “… we consider that the public interest weighs entirely against the grant of permission to appeal. We do not intend, in the circumstances of the current pandemic, to give any encouragement to a spurious objection to a lawful workplace vaccination requirement.”

The decision also received significant attention because of wide-ranging comments made, in a long dissenting decision of one member, which expressed her views of the lawfulness and reasonableness of mandatory covid-19 vaccination that were unrelated to the facts of the case.

In light of the uncertainty surrounding the enforceability of workplace vaccination policies for employers, the comments of the majority in this decision indicate that most members of the Commission will support the enforcement of mandatory vaccination policies, where those policies are lawful and reasonable, providing some comfort to employers. However, it is possible that this decision will be appealed, and the dissenting decision utilised as a mechanism to fuel a campaign against mandatory workplace covid-19 vaccinations.

That said, business groups and unions Australia-wide appear to be aligned, advocating for government to step in by mandating vaccinations – rather than leaving it up to individual employers – to provide uniform requirements for particular groups and industries.

Either way, it’s clear that Australia is recognising that the workplace is instrumental to moving to covid-normal and away from further lockdowns. 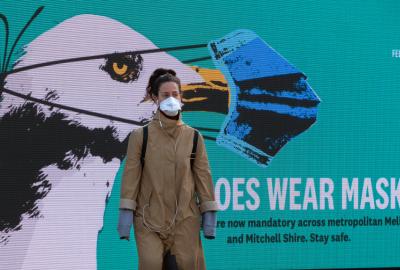 What happens when an employee refuses to return to the workplace? 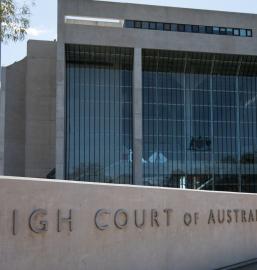 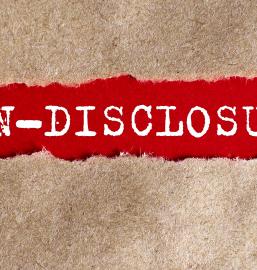 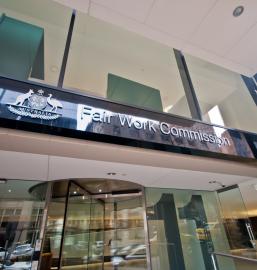