UK employers are at risk of discrimination claims unless they are patient with European citizens who are now required to provide right-to-work documentation, an employment rights charity has warned.

The warning comes following ongoing reported challenges created by the EU Settlement Scheme (EUSS) which was introduced in 2019 to protect the rights of EU, EEA, and Swiss citizens to continue living and working in the UK after Brexit.

More than 6 million EUSS applications were submitted online by 30 June 2021. However, two months after the deadline, more than half a million applications are yet to receive a decision from the Home Office.

A new report entitled “Lives on Hold”, published by a group of charities, highlights several worrying trends and suggests remedial action be taken by the Home Office, local councils and employers as Europeans report delays and difficulties in proving their status.

Despite the Home Office specifying that new right-to-work checks were only necessary for applicants recruited from 1 July 2021, the report argues that employers have been carrying out retrospective checks on current employees, often singling out EU nationals.

The report goes on to warn that singling out staff for additional right-to-work checks is not only unnecessary, but may constitute a form of discrimination under the Equalities Act 2010 if the criteria are based on their nationality or race.

“Those with pending status are being put at a disadvantage,” she said. “Although they should all receive a certificate of application (CoA), which can be used to show employers that their application is pending, people who submitted their EUSS applications on paper can end up waiting much longer for this, leaving them in limbo in the meantime.”

The charity points to the case of a care worker who lost her job after she was unable to provide a pending CoA to her employer. In a different case, an employment agency refused to pay a construction worker a whole week’s wages due to a lack of CoA.

Jobseekers are also facing challenges. In one case, a man who had sent his ID to the Home Office found himself losing a job offer after the documents were not returned and he was unable to prove his identity.

“Even when a CoA is available, it can be difficult to retrieve and complicated to use,” said Vicol. “To verify the right to work of someone whose application is pending via the Employer Checking Service, employers need to take more time, input more details, and wait longer for an update from the Home Office.

“For many of them, this may look like too much work, and lead them to penalise or exclude EU+ nationals from employment.”

The Work Rights Centre has also begun to receive calls for help from people whose applications have been refused. The risk of rejection appears to be particularly high for people who arrived in the UK towards the end of 2020.

EU citizens who were physically in the country before the end of free movement on 31 December 2020 were eligible to apply to the EUSS. However, those who arrived closest to the end of the year are facing an uphill battle to access their rights,  says the report, due to a paucity of evidence.

“Having arrived during a national lockdown, where face-to-face appointments for GP or school registration were difficult, if not impossible, many EU+ citizens are struggling to provide ‘sufficient’ proof,” Vicol explained.

In some cases, children have had their applications rejected even when their parents’ were approved. In one case, a child’s application was rejected after his boarding pass dated December 2020 was deemed unsatisfactory by Home Office caseworkers.

“To make the application stronger, we were told, the parents would have to call the airline (at rates of £1.45/a minute), and get them to write a cover letter, noting that the child was also physically on the plane,” said Vicol.

“It is clear that the pandemic has had a huge impact on the numbers of people travelling to the UK. However, it is also clear that Brexit has had an equally significant impact,” commented BDB Pitmans partner Tim Hayes.

“Even with the pandemic to contend with, the number of skilled worker visas granted in the year to June 2021 rose significantly. The fact that new EU national arrivals need a skilled worker visa undoubtedly accounts for a large part of that increase.”

Immigration data also shows that seasonal workers made up 52% of all temporary work grants, and saw a large increase, up from 4,146 the previous year to 19,761.

The numbers for the year ending in June 2022 can only go one way, particularly given that pandemic-related travel restrictions are now easing, suggested Hayes.

“Recent suggestions by business organisations that more job types need to be added to the ‘Shortage Occupation List’ can only pile on the pressure on the government to relax the visa rules for more sectors to ease the shortage of materials and labour currently blighting the UK’s economic recovery,” he said. 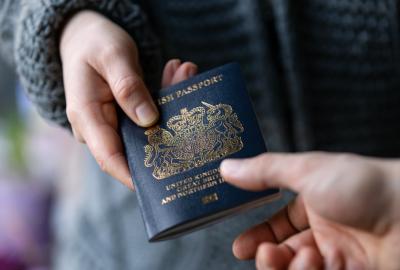 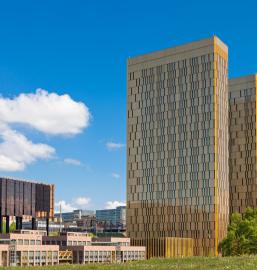 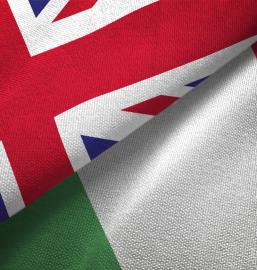