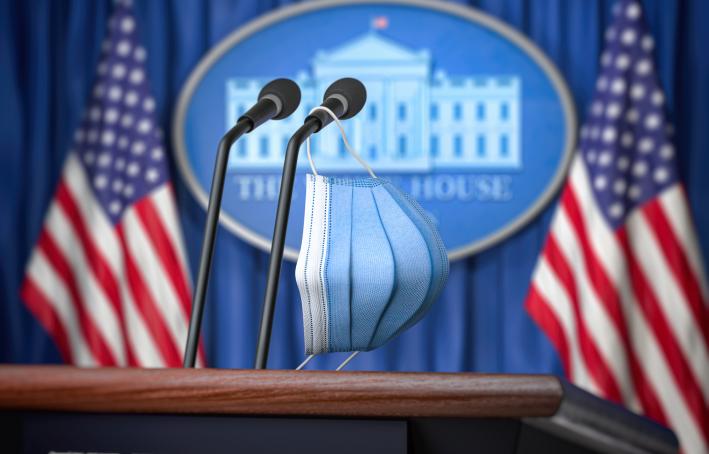 Federal government employees and onsite contractors will be asked to confirm their covid-19 vaccination status, the White House has announced as the war over vaccination and mask mandates escalate.

With covid-19 infection rates rising, largely driven by the highly contagious delta variant of the disease, President Joe Biden has issued a fact sheet stating that federal workers who do not attest to being fully vaccinated will be required to wear a mask on the job no matter their geographic location.

Under the new guidance – which is not an official executive order – workers must also physically distance themselves from all other employees and visitors to their workplace, comply with a weekly or twice-weekly screening testing requirement, and be subject to restrictions on official travel.

The federal government employs more than 4 million Americans, including over 2 million in the federal civilian workforce, throughout the US and across the world.

“We are not fully out of the woods yet, because what is happening in America right now is a pandemic – a pandemic of the unvaccinated,” said President Biden in remarks to the press last week, adding that his administration would be providing more incentives to encourage unvaccinated Americans to get the jab.

“That starts with paid leave to get the shot,” he explained. “We’re still hearing that people are unable to get time off from their employer to get vaccinated. Well, this is unacceptable.”

In his speech, President Biden praised those organisations that have already implemented their own vaccine requirements, but admitted “it’s still a question whether the federal government can mandate the whole country” to be vaccinated.

“We all want our lives to get back to normal, and fully vaccinated workplaces will make that happen more quickly and more successfully. We all know that in our gut. With incentives and mandates, we can make a huge difference and save a lot of lives,” he added.

Labour unions are divided over vaccination mandates, however. While the AFL-CIO supports mandatory vaccinations – with its president, Richard Trumka, telling C-SPAN’s The Washington Journal: “If you are coming back into the workplace, you have to know what's around you.” – some of its largest members are opposed to such a move.

Randi Weingarten, president of the American Federation of Teachers, said that although more than 90% of her union’s educator and school staff members, and 80% of its healthcare professionals, are already vaccinated, inoculation against the disease “must be negotiated between employers and workers, not coerced”.

“We believe strongly that everyone should get vaccinated unless they have a medical or religious exception, and that this should be a mandatory subject of negotiation for employers to keep their employees safe and build trust,” she added.

Similarly, the International Association of Fire Fighters (IAFF), which endorsed President Biden during his 2020 election campaign, said that while it strongly encourages all firefighters and emergency medical personnel to get vaccinated, it does not support a government mandate.

There was also pushback from Republican politicians, with Kentucky congressman James Comer, the top Republican on the House Oversight and Reform Committee, describing the White House’s move as a “pandemic power grab” that would lead to vaccine passports.

US employers have been wary of breaching equal opportunity laws with their own return to work vaccine mandates. However, guidance from the US Equal Employment Opportunity Commission and a recent Justice Department opinion state it is legal to require workers to be inoculated against the novel coronavirus.

Employers should not, however, force employees receive the covid-19 vaccine in situations where it would comprise their health, including if they are pregnant, or if they cannot do so due to religious beliefs.

High-profile companies that have introduced their own vaccine policies include BlackRock, Facebook, Google, Microsoft, Walmart, and the Walt Disney Corporation. 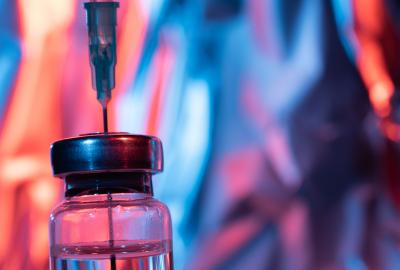 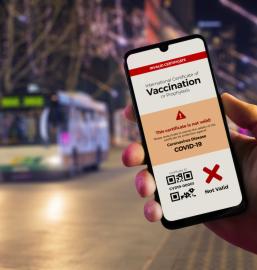 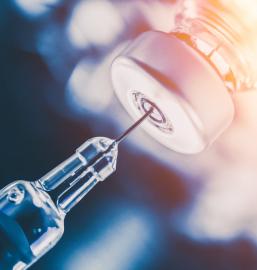 The challenges of managing a partially vaccinated workforce