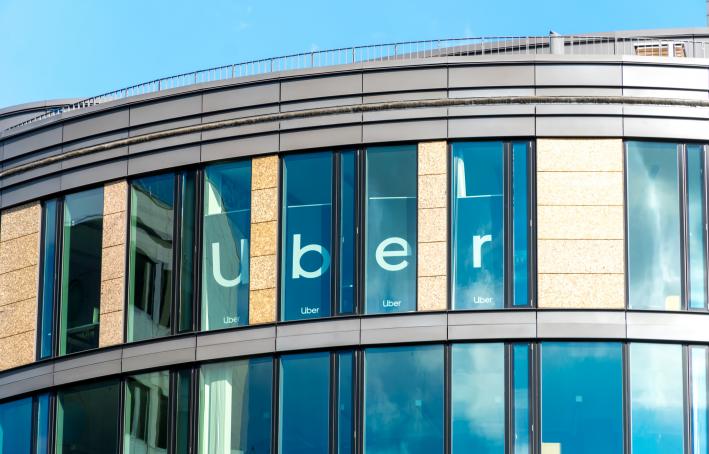 Uber is facing new legal actions for harassment, victimisation, and indirect discrimination over its use of allegedly racist facial recognition systems utilised by its ride-hailing and food-delivery businesses.

Supported by the Equality & Human Rights Commission and Worker Info Exchange, the App Drivers & Couriers Union (ADCU) has launched race discrimination and unfair dismissal claims against the ride-hailing giant in the UK, believed to be a global first for the gig economy.

The two claims, both filed at the Central London Employment Tribunal and seen by IEL, relate to the terminations of former Uber private hire driver Imran Javaid Raja and Pa Edrissa Manjang, a former UberEats courier, who were dismissed after the platform’s facial recognition system failed to identify them.

Uber has since reinstated Raja – who lost three months’ work over the dismissal – after the company acknowledged that an error had occurred. Manjang, however, has not been reinstated.

London-based Bates Wells, lawyers for the union and claimants, will argue that the facial recognition systems operated by Uber are inherently faulty and generate particularly poor accuracy results when used with people of colour.

“It is clear that artificial intelligence and automated decision making can have a discriminatory impact,” said Bates Wells partner Paul Jennings. “The consequences, in the context of deciding people’s access to work, can be devastating. These cases are enormously important. AI is rapidly becoming prevalent in all aspects of employment and important principles will be established by the courts when determining these disputes.”

In March 2020, Uber introduced a facial recognition system, incorporating Microsoft’s FACE API. Under the company’s so-called Real Time ID check system, workers are prompted to provide a real-time selfie but face dismissal if the app fails to match the selfie with a stored reference photo. Private-hire drivers who have been dismissed also face automatic revocation of their private-hire driver and vehicle licenses by Transport for London (TfL).

In September 2020, the Westminster Magistrates Court renewed Uber’s licence for London but set a condition that it must “maintain appropriate systems, processes and procedures to confirm that a driver using the app is an individual licensed by TfL and permitted by [Uber London Limited] to use the app”. This condition facilitated the introduction of harmful facial recognition systems, the ADCU claims.

“Last year Uber made a big claim that it was an anti-racist company and challenged all who tolerate racism to delete the app. But rather than root out racism, Uber has bedded it into its systems and workers face discrimination daily as a result,” said ADCU President Yaseen Aslam.

James Farrar, general secretary of the ADCU and director of Worker Info Exchange, added: “To secure renewal of their licence in London, Uber introduced a flawed facial recognition technology which they knew would generate unacceptable failure rates when used against a workforce mainly composed of people of colour.

“Uber then doubled down on the problem by not implementing appropriate safeguards to ensure appropriate human review of algorithmic decision making.”

Employers’ use of AI-based facial recognition software has proved controversial in recent years due to research and evidence demonstrating that such software is susceptible to error on the grounds of ethnicity and skin colour.

A 2019 study by the US National Institute of Standards and Technology (NIST) Face Recognition Vendor Test found that faces classified in its database as African American or Asian were between 10 and 100 times more likely to be misidentified by algorithms than those classified as white.

The NIST research followed a 2018 study conducted by the Massachusetts Institute of Technology concluded that three facial recognition programmes, including Microsoft software, produced errors at a rate of 0.8% for men with light skin whereas the error rate increased to 20 to 34% for women with dark skin.

Several large organisations have already revisited their use of AI due to flawed algorithms impacting minority groups. Amazon has announced a moratorium on the sale of facial recognition software after it was shown to be biased against women. IBM has similarly discontinued its facial recognition business over concerns that it was implicated in racial profiling.

Elsewhere, Axon, a maker of body cameras for US police departments, refused to deploy facial recognition in its cameras over accuracy concerns, while Microsoft has withdrawn sales of its software to police forces in the wake of the Black Lives Matter movement.

IEL contacted Uber for comment but none was received at the time of publication.

The ADCU, whose founders were successful in convincing the UK Supreme Court that Uber drivers are “workers”, have brought numerous claims against the platform in the Netherlands.

In March, the union won default judgments against the California tech giant in the Amsterdam District Court over claims that the company had robo-fired six drivers unfairly by algorithm. Uber vowed to challenge the court’s judgments. However, on 8 August, Uber offered to settle the case on condition of confidentiality.

The ADCU described the terms as “highly inappropriate” and an attempt by Uber to “interfere with the independence and integrity of our trade union”. Uber has since reinstated the drivers and paid damages as ordered by the court.

“Uber has continued to intensify its use of junk surveillance tech and algorithmic management control to maximise profits,” said Farrar at the time. “The results have been catastrophic with hundreds of people unfairly dismissed and accused of unspecified ‘fraudulent activity’.

“Instead of trying to gag unions from exposing the flaws in their tech, Uber should instead guarantee all drivers protection from unfair dismissal and the right to access a proper, human-led appeals process.”

Back in the UK, the union’s members staged a 24-hour strike in September with demonstrations organised at Uber offices in London, Bristol, Birmingham, Nottingham, Sheffield, Manchester, Leeds, and Glasgow.

Among the union’s grievances was the allegation that Uber continues to avoid implementing the Supreme Court ruling and pay waiting time, which makes up around 40% of a driver’s working time.

The ADCU also called for an end to upfront pricing, an increase of fares from £1.25 per mile to £2.00 per mile, for Uber to reduce its commission take from 25% to 15%, and withdrawal of the Real Time ID system.

Responding to last month’s strike, a spokesperson for the company said: “Following the historic trade union recognition deal with GMB, drivers have an even stronger voice within Uber. We are working together with our trade union partner to raise standards for drivers through greater transparency and engagement.

“GMB represents drivers in areas such as earnings, deactivations and the implementation of new worker benefits, such as holiday pay and pensions.” 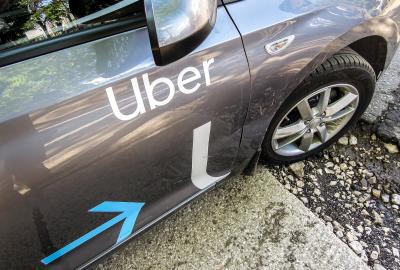 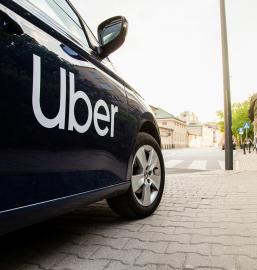