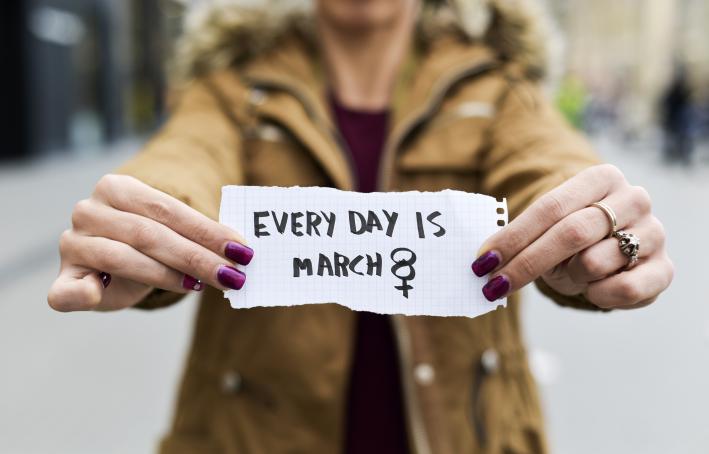 Over the last century, great strides have been made in achieving greater equality between the sexes, thanks largely to those amazing women who throughout history have challenged gender stereotypes and proved, regardless of their field or endeavour, that they were the equal of men.

Women like Nancy Astor, who in 1919 became the UK’s first female MP, and Helena Normanton, who in 1922 became England’s first female barrister; Amelia Earhart flew solo across the Atlantic in 1932 and Soviet cosmonaut Valentina Tereshkova travelled into space in 1963; Katharine Graham became CEO of a Fortune 500 company in 1972 and Junko Tabei scaled Mount Everest in 1975; Icelandic politician Vigdis Finnbogadottir was elected the first female head of state in 1980 and Sandra Day O’Connor took her seat on the US Supreme Court in 1981; Wangari Maathai was the first black African woman to win a Nobel Prize in 2004 and Kamala Devi Harris was inaugurated as the first female vice-president in 2021.

The list of historical firsts for women goes on and on. And yet, on average, women have just three-quarters of the legal rights afforded to men worldwide. There is still so much more to be done before we can consider there to be true equality between men and women, both in private and public life. That is why International Women’s Day remains as important in 2021 as when it was first celebrated more than a century ago. So, what does International Women’s Day mean to today’s women leaders and how do we take the next step along the path to gender parity?

“For me, International Women’s Day is an opportunity to reflect on being a woman and a leader in the legal profession,” says Els de Wind, partner and head of Van Doorne’s international employment team. “Today, we can reflect on improvements made to gender equality. Despite the barriers, women are at the forefront of diverse and inclusive movements, fighting for equal rights. This year is the moment to reflect on how we all should continue striving for a world without barriers in regard to race, ethnicity, gender or sexual identity, or disability. For equal rights for all.”

“It is not just a legacy of the past, but it is still, today, an important moment to draw attention to gender equality,” adds Emanuela Nespoli, a partner at Toffoletto De Luca Tamajo e Soci and chair of the Ius Laboris compensation and benefits expert group. “It is important to have occasions like this to push people to reflect on the topic and discuss what progress has been made so far and what has still to be done in the future.

“The achievements of the last one hundred years are impressive but should not be taken for granted. It is impressive to think that, in Italy, women only acquired the right to vote in 1945 and, now, they have access to all kinds of jobs. We have gone far in a very short time, but it was not easy and many other countries are still in a much different situation. There is always the possibility of taking a step backwards, as has already happened throughout history.”

The covid-19 pandemic, which has ravaged the global economy since December 2019, has been particularly challenging for women in the workplace. Although women make up 39% of global employment they also account for 54% of overall job losses during the pandemic. Research suggests women’s jobs are, therefore, 1.8 times more vulnerable than men’s. Some research even suggests the novel coronavirus may have set the cause of female equality back by half a decade.

The crisis is also seen as having reinforced traditional gender roles and inequalities, and stalling or setting back the pace of change at the leadership level within some of the world’s largest companies. “Italy is a country which still has a very traditional concept of how a family should be organised and – although things are slowly changing – there is still often a clear division of responsibilities between husband and wife and, in general, between men and women. It is often expected that it will be the women who will take care of the children and of the elderly parents,” explains Nespoli.

“This became apparent during the covid-19 lockdowns when it was taken for granted that it would be the women who would deal with the children while schools were closed. So, while women would like to have the opportunity to focus more on their career, they often struggle to find a way to balance this with their family responsibilities. Statistics show that while women are present in most sectors, it is very difficult for them to reach leadership roles.”

“Parenting and caring responsibilities need to stop being assumed to be a woman’s role,” says Kathryn Weaver, head of Lewis Silkin’s Hong Kong office. “Companies can assist with this change of perception by having shared parental leave policies and by allowing all employees the right to apply for flexible working. Working part-time needs to stop being frowned upon.”

For Nespoli, it is incumbent on national governments to introduce stronger legislation designed to share the social care burden and placing women on equal footing with men. “What could help is a serious reform of the welfare system. Companies should be incentivised, for example, through tax exemptions, to provide their employees with benefits such as vouchers to pay babysitters – a temporary measure that was introduced in Italy during the covid period and financed by the national social security system – or carers for elderly family members. These should be cost-effective welfare measures that really support employees so that they are not obliged to choose between family and work,” she says.

“Government should take measures to force fathers to do their part. A solution could be to introduce a mandatory paternity leave not only of a couple of days – as is now the case in Italy – but for a reasonable period that would force fathers to assist in the care of the new-born children and allow the mother to go back to work sooner.”

Fears over the long-term impact of the pandemic have certainly pushed policymakers to move forward with measures aimed at combatting gender discrimination. Since 2019, 27 economies globally have enacted reforms to improve gender equality, and the European Commission has recently published new draft rules designed to tackle the gender pay gap and guarantee better access to justice for victims of pay discrimination. However, only 90 economies worldwide have equal pay legislation. So, should employers, voluntarily, play their part in achieving a more equitable society?

“In order to get to equal pay for equal work at a global level there is a need to formalise the informal economy,” explains De Wind. “In many countries, there is quite a number of informal workers who would need to be ‘formalised’ so to better protect them and defend their interests. Narrowing the gender pay gap may means the minimum wage for all. Women are overrepresented in unpaid- and low-paid work. Employers should regularly examine their compensation practices and take action to eliminate gender pay gaps, forced by law. Unions and collective bargaining can help.”

“The gender pay gap is real and large – around 22% – and there are still only a limited number of women on boards – around 13.8% – in Hong Kong,” says Weaver. “Women still feel they have to choose between parenting and their career; women still take on the majority of caring responsibilities in the family; women are still regularly sexually harassed and treated detrimentally because of their gender in the workplace – and this is before we even touch on arranged marriage, laws banning abortion, domestic violence, and girls being sold into prostitution. There is much to do, but the openness to discuss these issues and consider change is slowly improving.”

If the leadership is mostly male, have they considered women in their succession plans?

Although women now own 36% of small businesses worldwide, in the world’s largest companies research shows that, on average, only 17% of executives, 24% of senior management, and 25% of board members are women. To challenge this status quo, the European Parliament has called for a more balanced gender representation on the boards of both private and public sector companies operating within the European Union. While legislative proposals are to be welcomed, Weaver suggests that companies should also consider gender targets for leadership and board positions.

“Sometimes this can force a change in pattern in behaviour and make those who are hiring and promoting think more broadly and inclusively. All managers should undertake effective unconscious bias training in order to help them challenge their perceptions and natural desire to hire or promote in their own image,” she adds.

“Women really benefit from having a sponsor in the workplace – someone more senior than them to champion them and help them on the path to leadership. Leaders not only need to talk the talk when it comes to supporting women, they also need to walk the walk. Have they looked at their gender statistics and pay to see where changes are needed and then make those changes? How have they supported women towards achieving leadership positions? If the leadership is mostly male, have they considered women in their succession plans or, more radical still, are they prepared to step aside now to let a woman take over if that would be in the best interests of the company?”

Still largely considered male, pale, and stale, the business of law may not be the first profession that springs to mind when contemplating gender equality, but progress is being made here, too. Under the leadership of senior partner Georgia Dawson, Freshfields Bruckhaus Deringer, for example, today announced new targets of at least 40% of new partners to be women in the next five years. Fellow magic circle firm Clifford Chance is also aiming for at least 40% of global partners to be women by 2030, while, in the silver circle, Herbert Smith Freehills has set a 35% global female partnership target for 2023.

The setting of aspirational diversity targets should be just the beginning for employers looking to make a difference that will benefit both their workers and customers. Companies must constantly consider their successes, evaluate their failings, and be transparent about how they plan to improve in the future. International Women’s Day should act not only as an annual reminder of what can be achieved but a daily prompt that we can and must do better.

“Today, for me, means a chance to reflect on and celebrate the many, amazing achievements of women in the workplace and beyond, and to remind ourselves that we have come so far but still have a long way to go,” says Weaver. “We must continue to challenge the norm, to lobby for policy change, to expose discrepancies, to find allies, to help us work towards the ultimate goal of achieving true gender parity in the future – to the point that one day, hopefully, there will no longer be a need for International Women’s Day. Until then, we fight on.” 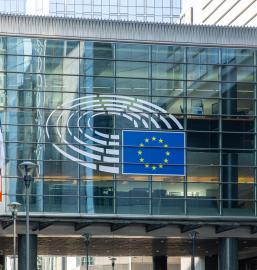