In this new age of accountability, organisations around the globe are having to navigate a patchwork of new laws designed to protect those who expose corporate misconduct. IEL’s Guide to Whistleblowing examines what constitutes a protective disclosure, the scope of regulations across 18 countries, and the steps businesses must take to ensure compliance with them.

Learn more about the response taken in specific countries or build your own report to compare approaches taken around the world.

Select specific jurisdictions to filter on

Choose the questions you would like answering, or choose all for the full picture.

Choose all / Reset all

Yes, while whistleblowers can provide their name and contact details when they report - they can also report anonymously (ASIC Information Sheet 238 issued on 1 July 2019).

This means that a whistleblower must make their disclosure to:

However, they do not have to identify themselves or their role, and so can raise their concerns anonymously and still access the same whistleblower protections afforded to those who provide their name and contact details when they report.

However, while an individual can report their concerns to ASIC anonymously, ASIC will not be able to follow up with the whistleblower for further information or next steps due to this anonymity (ASIC Information Sheet 238 issued on 1 July 2019).[2]

Companies with under 250 employees can choose whether or not they will allow anonymous internal reporting. Companies with 250 or more employees will have to allow it. In any case, reporters can always anonymously report externally to the competent reporting authority.

Yes, anonymous alerts are admissible and a recommended practice in Brazil. 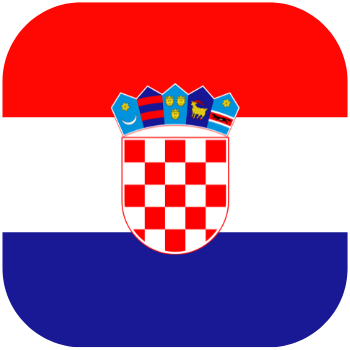 The processing of anonymous alerts is subject to the same rules as for identifiable alerts. However, provisions requiring feedback from the author of an internal or external alert are not applicable in the case of an anonymous alert.

The CNIL states that anonymous reports are the exception, not the rule, and should be managed with particular guarantees.

It means that when an employer receives an anonymous alert, it is preconized: to establish the seriousness of the reported violation, to establish the existence of detailed factual elements, to subject it to prior examination by the first recipient of the report before the initiation of further investigations and also to make clear, during any transmission relating to this alert, that it is anonymous.

The anonymous whistleblower is covered by the same protections as an identified whistleblower. It means that if an employer refuses to process an anonymous alert, it could be subject to an obstruction:

As per the Whistle Blower Protection Act, a complaint is only acted upon by the competent authority if the complainant discloses their identity in the complaint. Complainants providing false identities or anonymous complaints are not recognised.

However, there is no embargo under the Companies Act against anonymous reporting concerning the activities of companies. The Audit Committee or Board of Directors may independently assess the contents of the anonymous complaint and take necessary action or attempt to reach out to the whistleblower for further information and cooperation. Leading business organisations in India allow anonymous complaints and have put in place processes to safeguard the identity of whistleblowers, and ensure the confidentiality of the investigation process.

The Whistleblowing Act does not provide such an option, but the company may accept anonymous alerts at its own discretion. However, it should be borne in mind that whistleblower protection is not possible in these cases. If the whistleblower is subsequently identified, he or she is covered by statutory protection, including against adverse consequences.

A person may submit an anonymous report via an internal channel, but in this case, he or she will not be subject to the protection, encouragement and support measures provided for in the Law. Also, for a person who has provided information on the breach to be recognised as a whistleblower by the competent authority, he or she must be identified (ie, the personal data requested in the notification form is necessary for the identification of the person by the competent authority when deciding whether to grant the status of whistleblower).

Not only are they admissible, but internal reporting channels must guarantee the anonymity of whistleblowers or else they will face severe penalties.

One of the major criticisms brought to the Draft Law in the form sent for promulgation is the fact that it has restricted anonymous reporting. In the previous wording (adopted by the Senate on 19 April 2022) anonymous reports were accepted and analysed as long as they contained sufficient information for verifying the alleged wrongdoing. According to the current version of the Draft Law, anonymous reports need not be analysed (article 11 paragraph 1b), since a report needs to formally bear the name and signature of the whistleblower.

It seems like the Romanian political class is still very reluctant to implement verification obligations in anonymous cases. Some critics invoke a connection with the communist past and a society in which “everybody sneaked on everybody”[3]

Under the Draft, anonymous alerts are authorised. Precisely, section 7.3 establishes that “internal channels should allow the submission and processing of anonymous reports”. Moreover, as per external channels, section 17 also reflects that “communication can be carried out anonymously”.

Yes; however, a business is under no obligation to accept anonymous reports and can demand that whistleblowers identify themselves in connection with reporting.

Yes. The Department for Business Innovation and Skills  guidance on whistleblowing recognises that it is good practice to have a facility for anonymous reporting. However, it recommends that workers should be made aware that if a disclosure is made anonymously it may be more difficult for the individual to qualify for protection as a whistleblower. There will be no documentary evidence linking the worker to the disclosure for an employment tribunal to consider.

Whistleblowers seeking bounty awards according to Dodd-Frank can also make anonymous complaints. However, an anonymous whistleblower must be represented by an attorney in connection with their submission of information and claim for an award, and must disclose their identity to the SEC before any award will be paid.

Protection of the identity of FCA whistleblowers is more limited. They can file a lawsuit under seal initially, but the seal typically will only remain in effect for 60 days if the government agrees to pursue the case.